Discover specimens that are not currently on display

In the modern-day, the word "reef" conjures up images of vibrant, warm-water corals and the wide range of fish and other species that they support. However, reefs can be found in the geological record long before the evolution of modern coral species, and even before the evolution of the first corals. These ancient reefs were built by a wide range of different organisms, and their fossils can tell us a lot about how the Earth has changed over geological time. 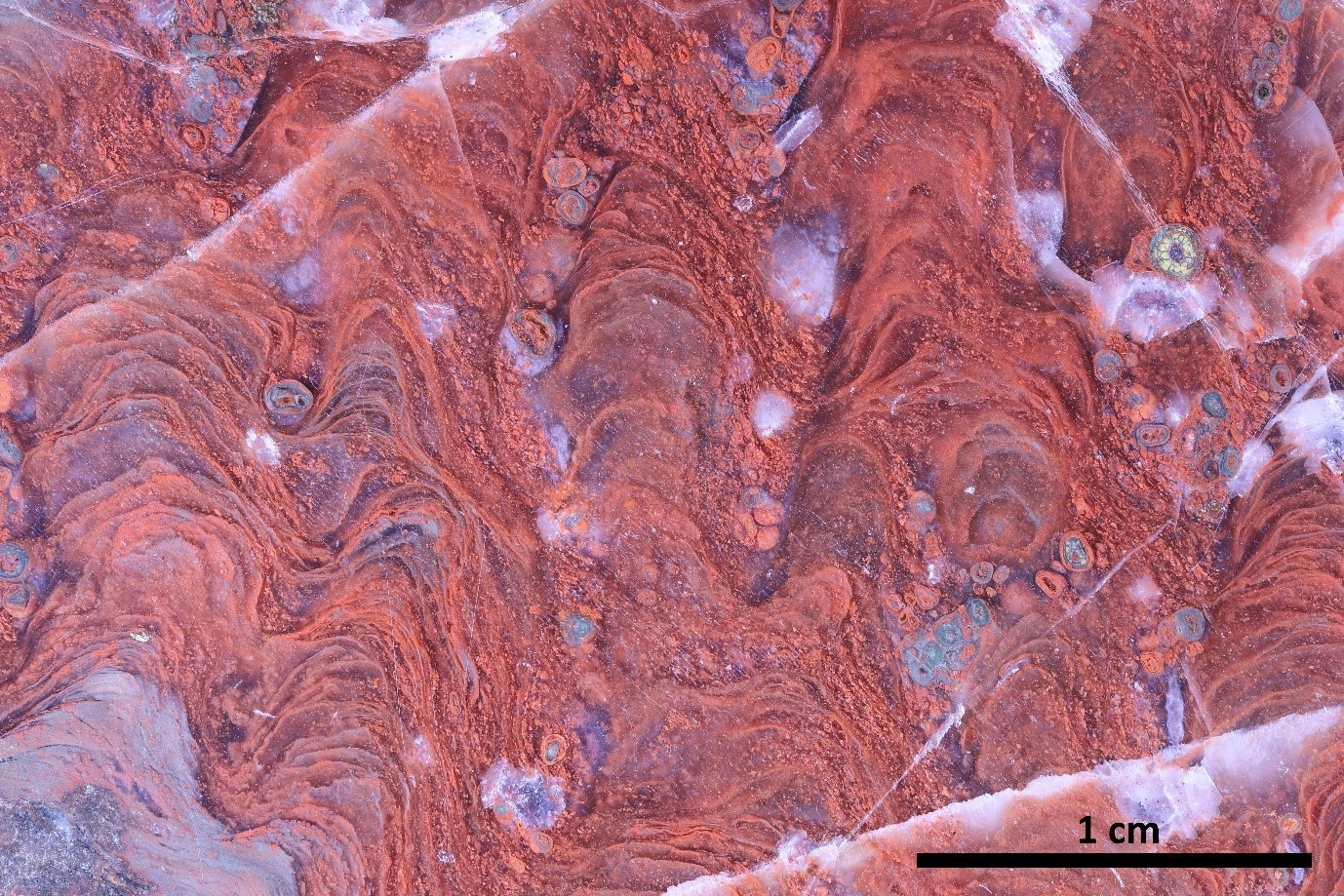 1.88 billion-year-old stromatolites from the Gunflint Iron Formation of North America.

Stromatolites are layered domes of sediment created by the growth of microorganisms such as bacteria. Fossils of these domes provide us with evidence of, not only the first reefs, but also some of the earliest examples of life on earth. Stromatolite fossils are known from rocks as old as 3.45 billion years; more than six times as old as the first corals.

The domes that these bacteria formed were small relative to the size of modern reefs, but they could be found all over the world. The abundance of stromatolites might be explained by the fact that animals, which limit the growth of microbes in modern ecosystems by feeding on them, had not yet evolved 3.45 billion years ago. Accordingly, the prevalence of stromatolites declined sharply in the lead up to the Cambrian (541 million years ago) when the evolution of progressively more complex and abundant animals resulted in a drop in the number of environments in which stromatolites could safely grow.

Despite the overall decline in their abundance, living stromatolites can still be found in a handful of unusual ecosystems in the current day. The best known of these is probably Hamelin Pool in Australia, only a day's drive away from the world's oldest known fossil stromatolites at Strelley pool. The unusually high salt level in the water at Hamelin Pool protects the stromatolites from animals and provides a fascinating look at what some of Earth's habitats might have looked like billions of years ago.

Even though stromatolites are scarce these days, the very gradual nature of their demise meant that they continued to play an important role in reef-building for millions of years after the Cambrian diversification of animal life. Certain stromatolites were able to grow alongside the new reef-building organisms that emerged, such as Cloudina and Namacalathus.

Small and tube-shaped, Cloudina and Namacalathus were just a few millimetres in length. However, over long periods of time, aggregations of their calcium carbonate skeletons were able to form sizable mounds – much like the growth of coral reefs today. 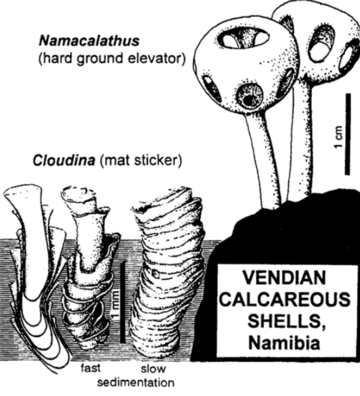 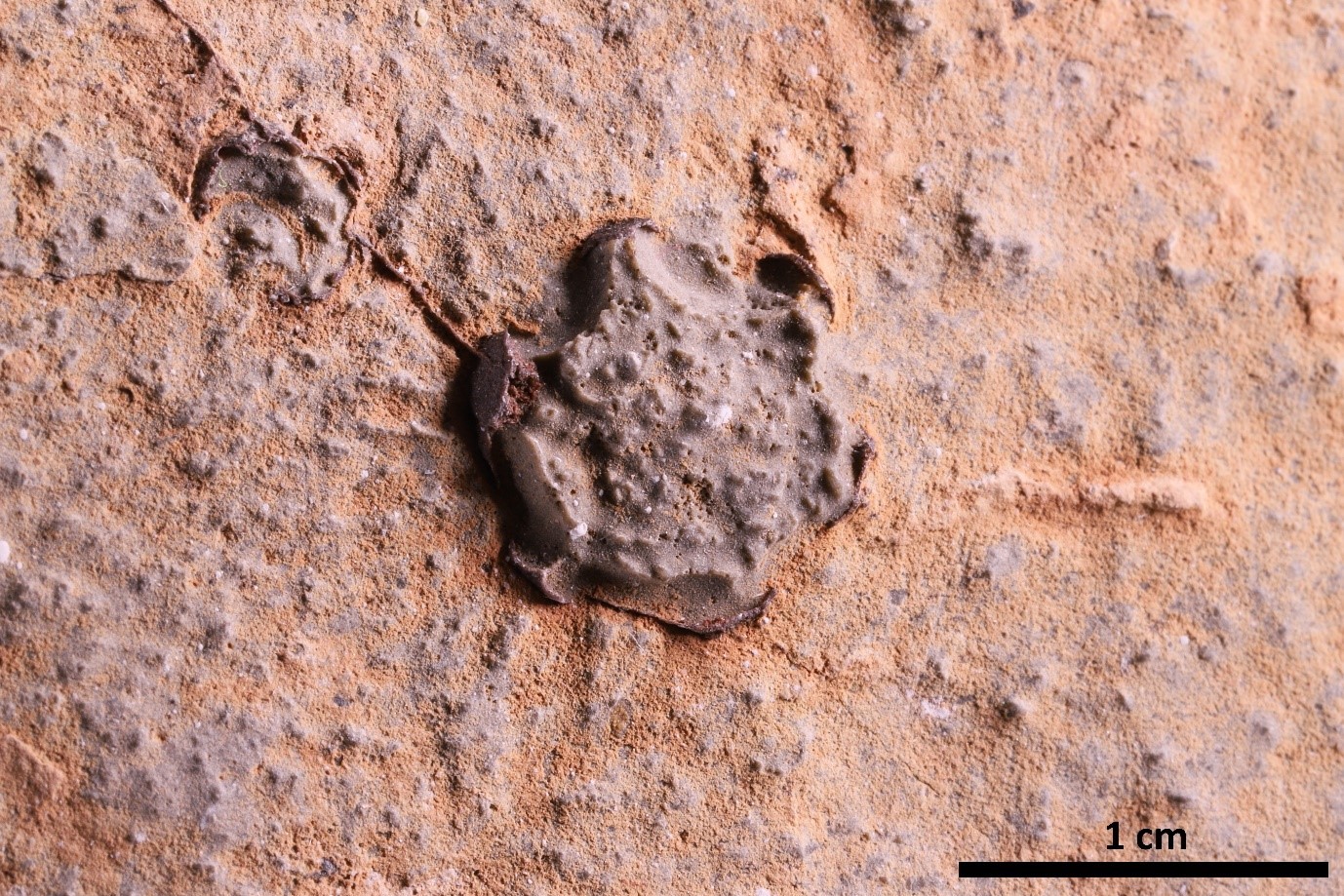 Namacalathus fossil from the late Ediacaran of Namibia.

Cloudina and Namacalathus first evolved in the late Ediacaran, approximately 550 million years ago. This was a fascinating period in the Earth's history when the planet was populated by a unique range of organisms. Like most other Ediacaran organisms, Cloudina and Namacalathus remain something of a mystery as it is not certain how they are related to the species of today.

Most Ediacaran organisms were soft-bodied, lacking either internal or external skeletons. As such, the evolution of mineralised exoskeletons used to be considered a hallmark of later Cambrian animals such as trilobites. However, Cloudina and Namacalathus are exceptions to this rule, being among the earliest examples of shelly animals.

Instances of damage on the shells of some Cloudina suggests that mineralised exoskeletons may have served to protect the organism from predators, as many shells do today. It is therefore possible that it was the rise of predators which contributed to the evolution of skeleton-forming organisms in the Cambrian.

The Cambrian Explosion was a period of animal evolution that saw the replacement of the enigmatic Ediacaran organisms with representatives of many modern animal groups, many of which had hard, mineralising skeletons. Cloudina and Namacalathus disappeared along with the Ediacaran organisms, and their position alongside stromatolites in reefs was occupied by a curious group of skeleton-building sponges called archaeocyathids.

Like modern sponges, Archaeocyathids grew as vase-shaped columns that fed by filtering tiny particles, such as plankton, from the water column. Archaeocyathids declined towards the end of the Cambrian, possibly due to competition with other groups of sponges, but they were incredibly abundant and diverse in their heyday.

The last of the Archaeocyathids went extinct at the end of the Cambrian, and corals soon emerged as the predominant reef-building organisms of the next geological period, the Ordovician. These corals were very different from the ones that we see in reefs in the modern day, but the importance of corals to reef-building has persisted since. 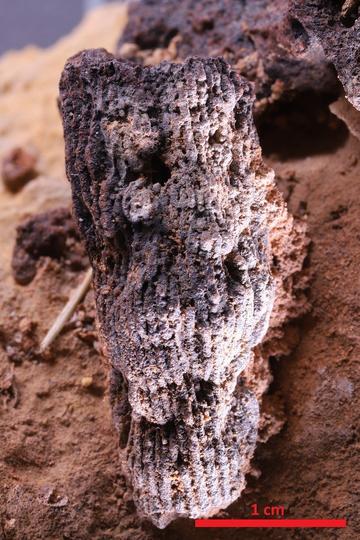 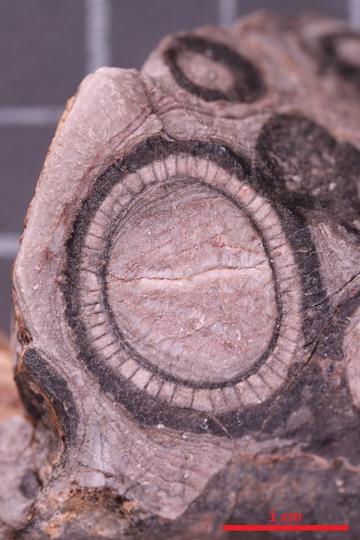 Other Highlights from the Brasier Collection