On 30 June 1860, the Museum hosted a clash of ideologies that has become known as the Great Debate.

Even before the collections were fully installed, or the architectural decorations completed, the British Association for the Advancement of Science held its 30th annual meeting to mark the opening of the building, then known as the University Museum. It was at this event that Samuel Wilberforce, Bishop of Oxford, and Thomas Huxley, a biologist from London, went head-to-head in a debate about one of the most controversial ideas of the 19th century – Charles Darwin's theory of evolution by natural selection.

Darwin's On the Origin of Species had been published the previous November, so the ideas it contained were fresh. The lecture and discussion on the subject took place in what was then the Radcliffe Library, on the first floor of the Museum. Although no-one accurately recorded what was said in front of the noisy crowd of almost 500 people, the story that has emerged is of a sharp intellectual volley between Wilberforce and Huxley. 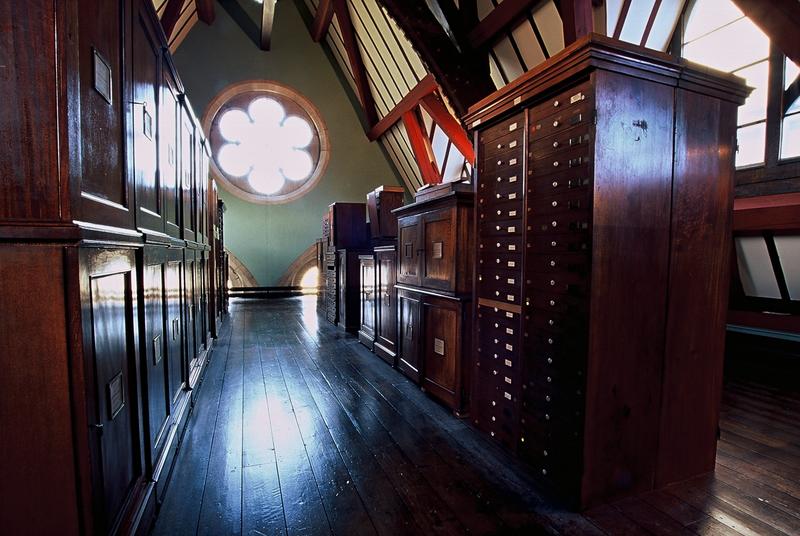 Today the Huxley room - where the famous debate was held - contains an estimated
1 million pinned specimens used by researchers worldwide.

Huxley was a brilliant young scientist who had studied invertebrate fossils, apes and humans. As one of Darwin's closest associates – he was later nicknamed 'Darwin's bulldog' – Huxley was among the few people to know about the ideas presented in On the Origin of Species ahead of its publication.

As Bishop of Oxford, Samuel Wilberforce had reached the pinnacle of a highly successful career in the Church of England. Renowned as an eloquent and influential speaker, Wilberforce also had a first-class degree in mathematics and was a Fellow of the Royal Society. In the debate, he threw the full force of his theological training into upholding the idea of biblical creation, refuting Darwin's picture of evolution through natural selection.

As the debate unfolded, Wilberforce taunted Huxley about his possible ape ancestry, to which Huxley is claimed to have retorted: 'If then the question is put to me whether I would rather have a miserable ape for a grandfather or a man highly endowed by nature and possessed of great means of influence and yet employs these faculties and that influence for the purpose of introducing ridicule into a grave scientific discussion, I unhesitatingly affirm my preference for the ape.'

This 'Great Debate' was a dramatic event occurring right at the beginning of the Museum's history, and one that marked a key moment in the development of modern evolutionary science.

Want to see more about the Museum's history and architecture?