This slab of sandstone comes from the rocks of Tinghir Province in Morocco.It is 450 million years old and is a fantastic natural gathering, containing three different types of trilobite – Selenopeltis, Calymenella and Dalmanitina – as well as many brittle stars.
All these animals lived on the floor of an ancient ocean. The spiny armour of Selenopeltis probably evolved to protect it from the large predatory animals, including fish, that existed at the same time.
The animal remains were brought together after they had died, probably by the ocean currents. 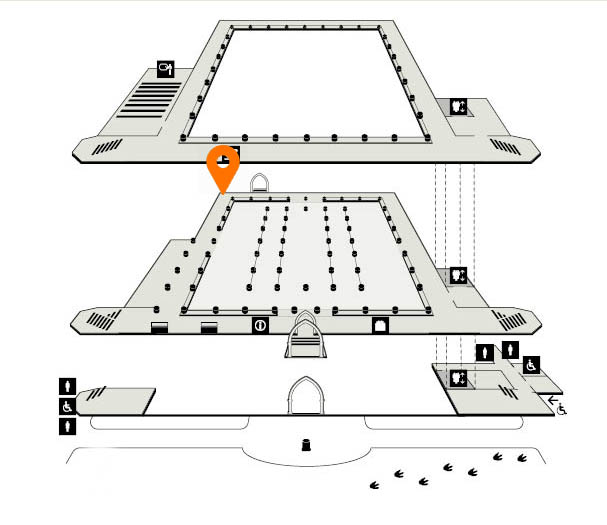